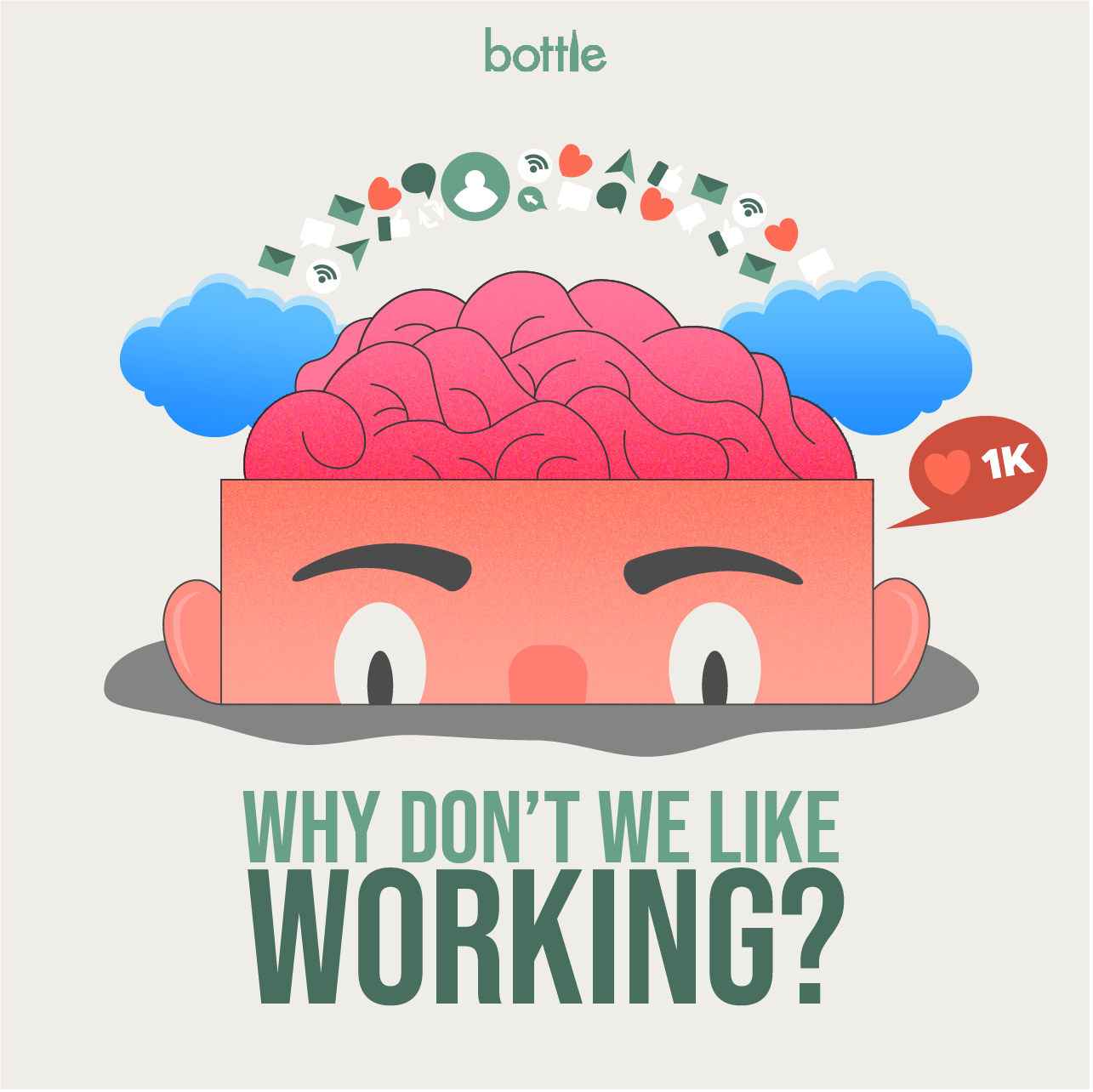 One common problem most of us face today is the inability to focus and devote time to activities like studying or working compared to simply scrolling through social media. Why do we spend too much time on activities that do us little good but still do it anyway? Why do we prefer playing a game of Call Of Duty instead of dusting that bookshelf as we promised ourselves a week ago? Why is it that our phones have become our sole source of killing boredom?

To understand why these things happen, we need to understand the working of a particular neurotransmitter released by our brain- dopamine. Most of us are familiar with how pop culture has defined dopamine as the happy hormone, the main chemical of pleasure.

Dopamine is the brain’s reward system and confers motivation to take part in any activity. Even the anticipation of a particular outcome releases dopamine. In other words, it is the brain’s bargaining chip for a specific loathsome activity to be done. It is as simple as that.

Our brains are inherently addicted to dopamine- which isn’t a bad thing. Like I mentioned earlier, it is the brain’s bargaining chip to get work done. So naturally, our brains like it when more and more dopamine is released. That’s where the dilemma arises.

When we’ve put up a post on Instagram or simply scrolling through our feed, or even the simple anticipation of the likes we are about to get in our new position, it outranks the capabilities of the dopamine released by doing something like working or studying.

Dopamine becomes dangerous when we start developing a tolerance for it. We achieve tolerance when a certain quantity of a particular substance is no longer sufficient to satisfy the requirements of a specific task. That is precisely why someone who has been consuming coffee ten nights in a row requires an extra glass on the eleventh night. Or why our friend who drinks every night takes a lot more alcohol to take down compared to someone who is an occasional drinker. This happens because our body develops a tolerance to these substances, and the threshold of feeling the effects of the importance is a lot higher than it originally was.

This is why people who suffer from addiction find it difficult to motivate themselves to do anything and refrain from engaging themselves in their habits. That is also the reason we find ourselves often switching over to Instagram. At the same time, we work because the dopamine released while working cannot match our threshold set by our constant use of social media platforms.

So What Is The Solution To Such A Problem?

We commonly see how billionaires in movies often take a vacation away from work and pleasures in life. This has become a common trend in Silicon Valley, where someone abstains from pleasures to lower their dopamine tolerance levels, commonly referred to as dopamine fasting or dopamine detoxification.

Dopamine fasting generally involves giving up highly pleasurable activities like eating junk food, sex, alcohol, drugs, electronics, reading, etc. This typically leaves an individual with limited options such as meditation, journaling, self-reflecting, and drinking water (yes, let’s not lie, most of them are bad at this one).

The principle behind this method is to exploit the brain’s craving for dopamine; since our brain is dependant on dopamine, even a loathsome task like dusting our table will be rewarding. A similar approach is used in drug deaddiction therapies as well.

This can be done by having to fast maybe once a week or so. If such a task seems menacing, it is time to introspect and determine if we are seriously addicted to certain stimulants.

Shigeru Miyamoto is a video game developer, who probably most of us are not familiar with, whose two most famous works- The Legend of Zelda and Mario, are household names. Shigeru succeeded with Mario mainly due to the sheer simplicity of the game. The game comes with no instruction manual or controls tutorial and is very intuitive to play.

We pay a minor penalty for failing (in stark contrast to how our education system functions), which makes the possibility of success a lot more rewarding than the anticipation of failure. This simple tactic of capitalizing on the mind’s thirst for gratification has made Mario one of the largest video gaming franchises in history.

Work would be a lot easier if we incentivize our job done after intervals with maybe a good snack, a movie, or even a party at the end of a week. Experts often suggest that we start the day with the more difficult tasks and wind down towards the end of the day, rewarding ourselves for being productive. If we were to wake up and straight away start scrolling through our feed, we will likely use the ten more minutes excuse and build up the tolerance.

Some of these things may sound very difficult to do, but I am sure it is worth a shot. Feel free to slowly add your restrictions, making it more challenging as you progress. I highly encourage you to try this out, and do let me what you think about this and how it went!