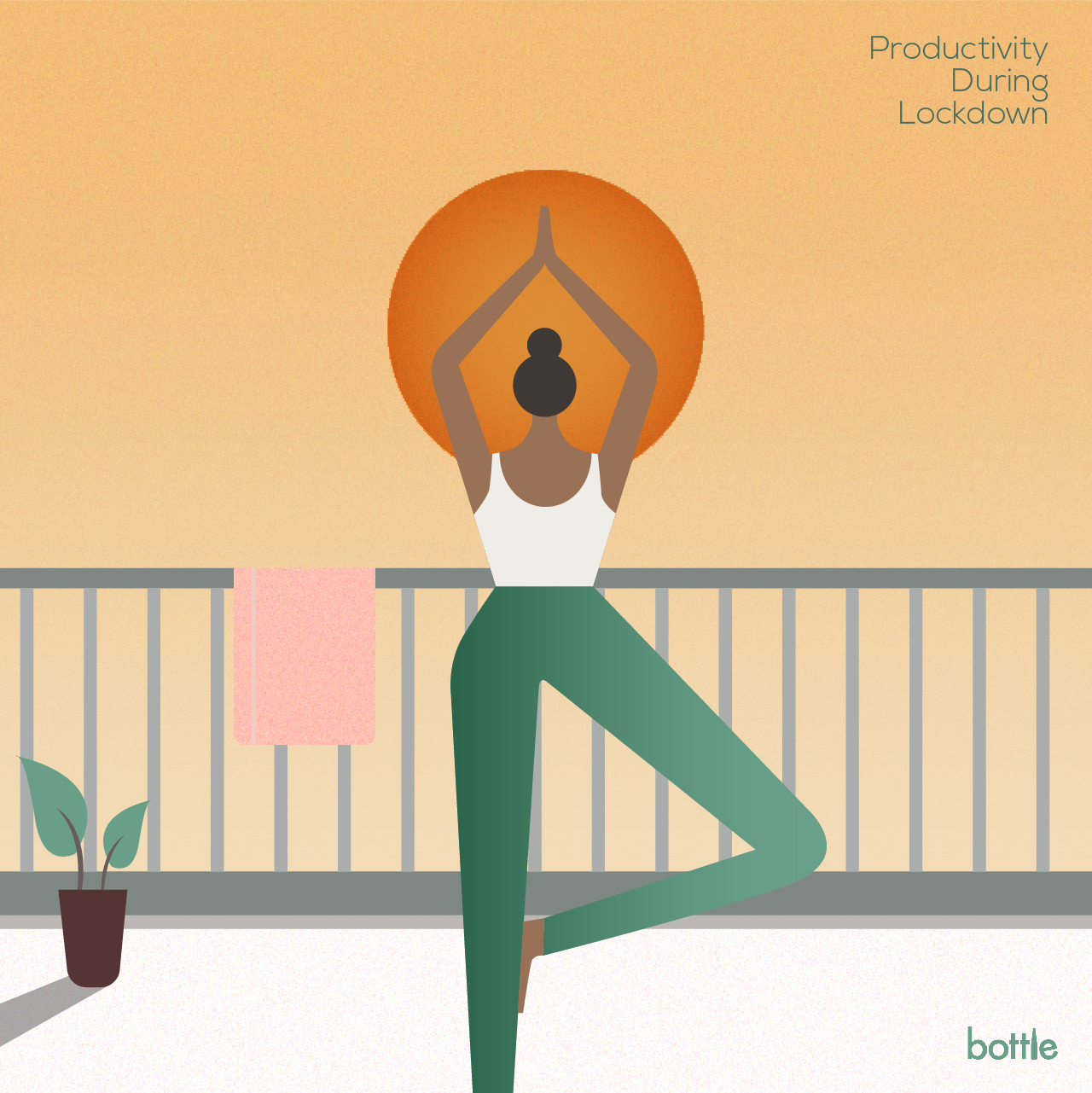 How To Be Productive During The Lockdown?

Julius Caesar once said, “No one is so brave that he is not disturbed by something unexpected.” While he probably referred to battle tactics, it somehow grasps the narrative of today’s scenario.

We didn’t grow up thinking of a pandemic as a reality; that was always limited to fiction or history.

While people all over the globe face their own set of problems, people like me are in a particular fix. People like me, recent graduates, had thought their future through, charted out a seemingly fool-proof plan of action, and maybe had already stepped one foot through the door. Full of enthusiasm and a tinge of fear, we were (or convinced ourselves that we were) ready to take on the “real world.”

Except that the real world got just a little too real.

It took me a while to realize that my job prospects are close to nonexistent and that my career will not take its flight any time soon. I sometimes still catch myself denying it. The stress of landing a job is always looming, the anxiety is available in surplus, and the fear of disappointment is now my nemesis.

However, the one thing that is keeping me sane at such a time is keeping my mind occupied by doing various activities, i.e., to be productive, with no hard and fast rule that said actions must be under my expertise. In no way is one outrightly expected to be effective at such a time, but it remains a way to keep yourself from spiraling into opposing spheres. I wouldn’t say I’ve mastered the art of productivity, but I’ve learned a thing or two.

Your hobbies can be treated in two ways:

For example, my hobbies include reading and baking. Assessing these two based on what they could be, the lesson comes under (A) and baking under (B). And so began my little venture of selling home-baked goods within my locality. I wouldn’t call it a full-fledged business, but as mentioned earlier, it’s substantial. At this point, I would like to clarify that reading did not take a back seat due to baking; Giving to one must not take away from the other. There are 24 hours in a day to do both, and God knows I’m not sleeping before 3 AM.

I have understood that my career is experiencing a monstrous setback, but after a lot of self-wallowing and pity, I’m at a point where I’m able to look at it from a perspective that tells me to use this time to better my portfolio. Taking relevant courses and carrying out activities related to your field of desire will always push you towards where you want to be. This is the time to fill your CV with those sought-after skills that show off your capabilities and the fact that you tried to make the best of a bad situation.

Sharpening the skills you possess is not all you must aim for. A new pursuit, however small, can help you remain on your toes. I say this because I began painting under the influence of my artistically inclined sister. I would like to believe my artwork would put even Van Gogh to shame, but my family thinks otherwise. My point here is that I do not see my time spent painting as a waste; in fact, quite the opposite. It demands my focus, forces me to think creatively, coerces me into finding a way to correct my mistakes, all while I create something to call my own. The results are not substantial as they are in my baking stint, but then again, Rome wasn’t built in a day.

The good thing about productivity is that it does not demand continuity— you could begin an activity today and feel the need to take a break tomorrow. As long as you continue it the day after, you’re on the right track. I think I’ve decoded productivity in a pandemic relatively well, now if only I could turn this into a job.

Did you like the blog? Please share it with your friends to let them learn something new!