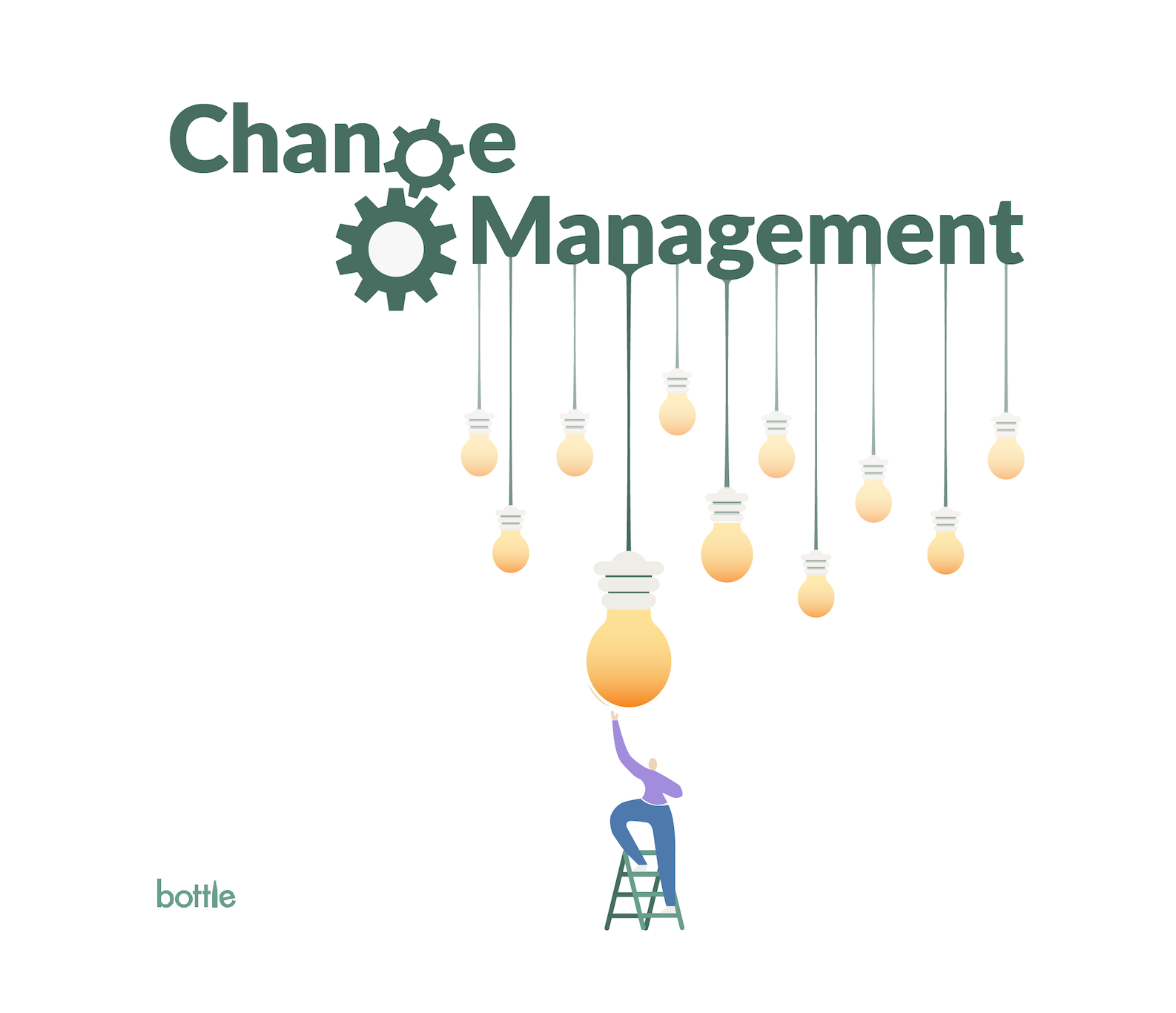 Change Management: What, How, and Why.

In the winter of 2017, I came across Slack— a seemingly excellent app that promised to improve the productivity and collaboration of my workplace.

I was going to start my term as President of a student body come January 2018, and I thought this was just the change we required to get everyone excited about my team’s term.

However, I thought wrong; the outcome was quite the opposite. I was in for a shocker. By February, it felt like I was the most hated person in the organization for suggesting the change. I had never been hated like this by my people. I laugh at the entire episode when I look back now, but I drew a few managerial lessons from it. You can also say it was the genesis of the idea for my latest entrepreneurial project, Bottle.

So here are the two most important lessons that I learned:

Routines define everybody’s work life, and we love them! You go to work every day, you know what you’re supposed to do, and with each passing day, you optimize your approach and become better and faster at what you do. Until one day, your manager, who has just read a new management book, drops the news that you’ll have to change your approach altogether. This song best defines the feeling that follows. I would include the video, but I will stick to our platform’s PG-13 rules.

Why do employees hate change, though?

Every change comes with a learning curve; it requires you to leave your place of comfort and embrace a new uncertainty. Long story short, it requires a lot of effort. Just imagine the feeling associated with having to relocate your home. Okay, it’s not that intense, maybe 1/20th of it, but it still sucks. With most employees already complaining about how their plates are overflowing with work, this is the last thing they need.

That was Slack’s most significant shortfall for my members; it was just not intuitive enough! With the pressure of academics, assignments, and the work they had to do for us, they couldn’t care less about spending time learning “a new way of communication.”

YOUR TEAM MUST BUY-IN ON THE CHANGE

You’re excited about something, but your team isn’t? That’s a recipe for disaster. Trust me, I know (If you ever need consultancy on making horrible decisions that your people eventually reject, I am here to share volumes of experience).

Why is getting them onboarded important?

No matter how popular you are as a leader, eventually, it’s your team that will be interacting with the employees on a day-to-day basis. If they don’t believe in the idea, they won’t pass it on to the employees. Let’s face it; if you’re not able to get the buy-in of your closest confidantes and possibly the best-trained employees in your organization, it’s going to be a struggle to onboard the entire organization. Take this to be your fire test; if you fail, don’t proceed with implementation.

I’d spent a week trying to learn how slack works (which is alarming in itself), and when I introduced it to my team, they couldn’t make heads or tails of it initially. Moreover, they couldn’t see the utility of the app is important enough for the amount of effort it would take to get used to. Nevertheless, the genius in me decided to go ahead with implementation only to hear 9 “I told you so’s” 2 months later. (Actually, some of them were nice enough never to mention it)

Before introducing a change in the system or process in your company, one must go over a few things.

Doing an essential utility vs. effort analysis will help. Everything that seems like an improvement is not worth experimenting with; there’s a certain “improvement threshold” that the change must cross to make it worth everybody’s time, and more importantly in the corporate world, worth their money.

Here are three steps you should follow in any change management process:

Sometimes, step 1 might return promising results, but if you fail at step 2 or 3, think hard before forcing your decision. The last thing you want is to go through a change management process only to see your employees reverting to their original methods. You’ll only be left to count a failure. You would’ve lost some social quotient as a leader, and even worse, you’ll be left much poorer.

That pretty much sums up what happened in those two months to me, along with the fact that about 100 people hate slack now.